Most people feel powerless to prevent the various crises we face, but we can each make a difference. If we want to avoid the worst outcomes, we are going to have to.

We are in one hell of a mess. Climate change is beginning to wreak havoc with droughts, flooding, Arctic melting and many other effects; a sneak preview of the catastrophes to follow over the next few decades. Resource depletion, overpopulation, and widespread pollution will make for even harder times.

There is only one solution: we need to cut our consumption of fossil fuels (and other resources) to a fraction of current levels. This may seem unfeasable, but it is impossible to sustain our current way of life for long. Given the right communication, I believe it is possible to meet the challenge that faces us.

The forecast impacts of climate change are terrifying. Many of the worst impacts are long term: 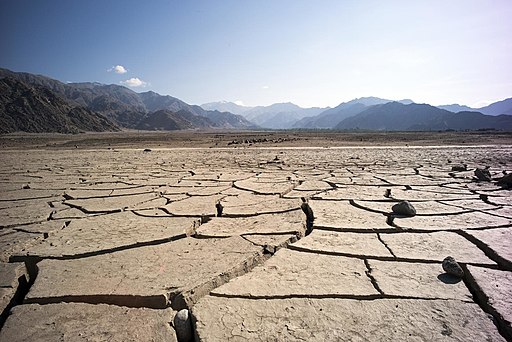 Whilst scientists are cautious about attributing any specific events to climate change, the above are consistent with the forecasts they have been making over the past 20 years.

Despite all of the evidence, we have collectively failed to reduce emissions.

There are many solutions to these crises and we need to apply as many of them as possible. These solutions generally fall into one of four categories:

Technology has developed at an incredibly rate since we started exploiting fossil fuels, so it is not surprising that many people believe that technology provide solutions to all of the challenges we face.

Despite the impressive rate of innovation, it seems unlikely that technology can solve all of these problems. After ten years of heavy investment in renewables, carbon capture and efficiency gains, our emissions continue to rise. Renewables still only provide a tiny proportion of our energy needs and they are extremely unlikely to make a sufficient impact on our emissions in time to prevent severe disruption.

Carbon capture is still in its early stages and is not considered economically viable. It is often considered an excuse to continue burning coal, whereas the IPCC suggest that it should be used to capture emissions from bio-mass in conjunction with a massive reduction in fossil fuel emissions to bring atmospheric greenhouse gas levels back down to a relatively safe level.

Efficiency gains have tended to make technology cheaper, which has lead to consumers buying more technology, rather than using less fossil fuels.

We are probably going to need technological solutions to help us get through the next twenty years, and to make low-pollution living more comfortable, but it is dangerous to hope that technology will fix everything.

Clearly there is a need for everyone to cut their emissions. Many people believe that this can only happen with political intervention, whilst others point out that politicians have completely failed to curb emissions so far.

Whilst our politicians are doing far too little, too late, there is some hope.

Many climate change campaigners argue that the most effective political solution is "Fee and dividend", where an increasing fee is charged either at point of import or production and the dividend is returned to the people.

Some of our politicians are trying to bring about positive changes, but it is not possible without the support of the electorate. We need to lobby our politicians and vote for leaders who promise to tackle our carbon addiction. We need to make the masses aware of the consequences of climate change - and the changes required to mitigate its impacts.

We need to educate ourselves on climate change and use that information to educate others on the impacts of inaction and the changes required to avoid the worst risks.

Research has shown that people already have fixed positions on climate change and that presenting further evidence for human caused climate change and its impacts is unlikely to significantly alter these positions. Those who already believe in climate change may believe more strongly, but skeptics will try to reinforce their view that climate science is uncertain.

According to communication expert George Marshall, our decision making is heavily influenced by our peer groups and skeptics will be turned off by environmentalist language. Messages about climate change need to come from a source people identify with. To reach Evangelical Christians, for example, Evangelical Christians or groups with similar values and language need to deliver the message.

Most of the climate change information in the media tends to focus on the science of climate change (evidence, impacts, forecasts) or the politics. Many people feel disempowered by politics and, without practical solutions, the facts reported can be depressing. There is very little information on how much we need to reduce our emissions, what that might look like, or what mitigation action we can take as individuals.

There is another way to bring about change: taking personal responsibility for our emissions. Whilst many argue that we need huge changes to our infrastructure to reduce our emissions, it is actually relatively easy to cut our emissions to 20% of the UK average. Perhaps surprisingly, this route is widely dismissed by most mainstream environmentalists.

In their pamphlet "Climate Emergency", Campaign Against Climate Change state:

"Whilst we should welcome every spontaneous effort we should not expect, and it is not fair to expect, the virtuous who are prepared to alter their lifestyles, to bail out the rest of us who are not."

This perhaps explains why this solution is dismissed: the environmentalists, who are telling us that we need to persuade our governments to attempt to force us to alter our lifestyles, are not prepared to alter their lifestyles.

There are many reasons to ignore this cynicism:

From my experience campaigning for climate change action, it seems that the largest barrier preventing personal change as a solution is persuading people it can work. If people believed that embracing change would make a difference, many of them would cut their emissions. Unfortunately, to many people, climate changes seems unsurmountable.

Diffusion of innovation theory says that in accepting new ideas, take-up follows a bell-shaped curve. To begin with, only a few people are willing to try out the new idea. Once a sufficient number of innovators have tried out the new idea and shown that it can work, then the slightly more cautious early adopters will adopt the idea. Once these people have adopted the idea, the majority soon follow, realising what they are missing out on. Towards the end, a few laggards drag their heels, but eventually change, realising that they are a small minority. [1]

In climate change terms, there are already many innovators out there, living more sustainable lives. There is also an increasingly large proportion of society who care about the future of the planet and are aware, to some extent at least, of the urgency of climate change. As the economic crisis continues, there is also an every increasing group of young people with nothing to lose. Meanwhile, as time goes by, we are witnessing more and more events which are likely caused by climate change.

Once around 10% of a group have embraced change, further adoption of ideas tends to take place far more rapidly. I believe this could be more pronounced with climate change. As more people conspicuously reduce their consumption, those around them will feel more ashamed of their CO2 emissions. Meanwhile, the effects of climate change become more apparent, immediate and widespread. Peak oil is also likely to continue to cause higher energy prices, higher food prices, increased unemployment and growing social discontent.

In his book "Don't even think about it", George Marshall tries to understand the psychology of why we have failed to deal with climate change. One of the causes he describes is the "bystander effect", where individuals don't act because no-one else has acted. If a small group begin to take action, this could provide the cues required to trigger change in others around them and Marshall argues that "communications from people's family, friends, and those they regard as being like themselves (their peers) can have far more influence on their views than the warnings of experts."

If this is the case, then making changs ourselves should be the most effective way of persuading others to change. The more individuals in a peer group change, the more this change will became socially acceptable within their peer group.

Marshall says we should "frame climate change as an informed choice between desirable and catastrophic outcomes, in which people can understand that inaction is itself a choice in favour of severe climate change."

In the past, campaigns which promoted "personal responsibility" have tended to focus on small changes and have been lead by campaigners who haven't reduced their own fossil fuel emissions. This has lead people willing to enbrace changes to believe that the small reductions they are making will make a huge difference. Those who are less willing view the campaigners as hypocrites.

We have already reached dangerous climate change, so no level of fossil fuel emissions is safe. Reducing our emissions to nothing is virtually impossible within our society, but getting our personal emissions down to 4 tonnes a year is fairly easy and reducing to 2 tonnes is possible, without dedicating your life to sustainability. I now emit 1 ton CO2e per year and continue trying to reduce this.

Hopefully a combination of personal change, political solutions and technological advances can slow down global warming and, perhaps even reverse some of the damage we have done so far.

Here are some suggestions on how you could start to live more sustainably:

How to live sustainably

For a more in-depth guide to reducing your emissions, see How to Live Sustainably

As we make these changes in our lives, it is important that we have understanding for those around us who are emitting more than we are, remembering that we were once burning more fossil fuels than we are now. Anger at those who we wish to change is unlikely to be a successful strategy.

It is also important that we remain happy. If you make yourself miserable making these changes, no-one around you will want to follow your example and, sooner or later, you will will probably burn out and give up. But it doesn't have to be that way - my life is much happier and far more fulfilling now. Work together with friends, make it fun, organise community events and stay happy.

Home | The Simple Revolution | How to live sustainably | News | Renewables won’t fix it | You CAN make a difference | Climate Change and my tax return | Peak Oil, Peak Gas, Peak Everything | Radical, not extreme | Posters and presentations | Links | About

"The revolution is not going to happen tomorrow- it's never going to happen. It's taking place right now. It is an alternate universe that runs parallel to this one, waiting for you to switch sides."